In the end I picked up Origin Access Premium to try out Bioware's Anthem. Origin Access got to play the game starting on Friday, though the full launch is on Feb 22. I'm not very far in, I'm about level 13 and I have unlocked two Javelins: the Ranger and the Colossus. Here are my impressions: 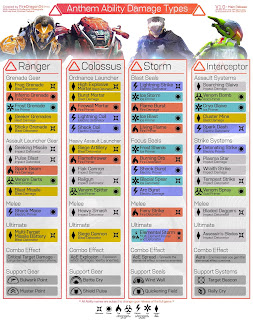 Anthem is pretty good. The core game with Javelins is lots of fun so far. The story and writing is a bit disappointing, but really only because we have such high expectations of Bioware.

I have no idea about the longevity of the game, though. I'm still just leveling up. If you're on the fence, consider getting a month of Origin Access and trying out the game first.
Posted by Rohan at 8:45 PM