The one element of Dragonflight which going over very poorly is the new race-class combo Dracthyr Evoker. 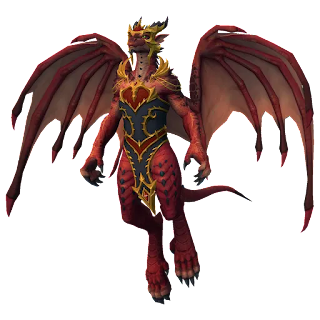 It's a ranged DPS or healer class. Only Dracthyr can be Evokers, and only Evokers can be Dracythr. Perhaps a little bit like demon hunters only being elves.

The class part seems to be okay, but a lot of people don't really like the look. It's seen as very scrawny, more lizard than dragon. Apparently people really wanted more bulky D&D dragonborne types of dragons. Something which exudes power.

I kind of see Blizzard's thought process here, though. These are caster dragons. There are a lot of complaints about the human (and draenei) male mages being overly buff. Muscle wizards. If Dracthyr were bulky, I rather think that people would be complaining that they were a ranged class. There would be a huge volume of calls for Dracthyr Warriors and Paladins. Buff Dragon Paladins would be amazing, now that I think about it!

On the other hand, I still agree that the current Dracthyr aren't a particularly exciting or inspiring race.

Perhaps Blizzard should have swung for the fences here, and done something really outside the box. Imagine if the new race was basically a dragon whelp, or maybe a slightly bigger but still draconic form of a whelp (a dragonet?). They would still be casters, because whelps and dragonets are always casters in WoW. But it would be more like Bear form for druids.

Maybe that would be too much, not being able to see armor. But bears and cats are still moderately popular in WoW, and the current Dracthyr don't look like they wear all the armor. Then have the whelps get a humanoid form, either at the start or as part of the starting area. Alliance dragons could shift into human or gnome forms, Horde dragons into blood elves or tauren, with a few light draconic customizations.

I think the "must be able to see armor" directive is too restricting, and there's room for a little experimentation outside that.