(Sorry if this is turning into All Crowfall All The Time. Not much to write about in my other games, and Crowfall is doing some interesting things.)

Crowfall released some more interesting tidbits. Combat will be less tab-target, and more directional attacks. This sounds like Wildstar. I wasn't a big fan of Wildstar combat, but this is a PvP-focused game, so people are running around in circles anyways.

The other interesting thing is that they are not using the Trinity. But the element they are cutting out is healing. This is very intriguing. For one thing, it makes the game more like FPS games, in a way. Here's what Crowfall has to say on the subject:

Combat healing effectively adds a multiplier to each combatant’s effective hit points. A defender isn’t just managing one health bar, his “effective” health pool is = his personal health bar * powers driven by the mana pool of every healer actively supporting him. This makes a lot of sense for games that focus around PvE combat where the monsters have thousands of hit points – especially raids.  It makes less sense in a game focused on skill-based player-versus-player combat.

Crowfall is also explicitly ruling out instanced PvE content.  On the one hand, this may turn off a lot of players. But on the other hand, it's good to see the game taking aim at exactly what it wants to be.

They also released more information on the "worlds". It looks like worlds will have different rulesets. On one world, PvP is guild vs guild. On a different world, PvP is faction-based. You can travel from world to world, and there are restrictions on what type of gear you can bring into or out of a specific world. This way you can avoid the styles of PvP that you don't like (for example, Free-for-all) while still dipping into different types every so often. 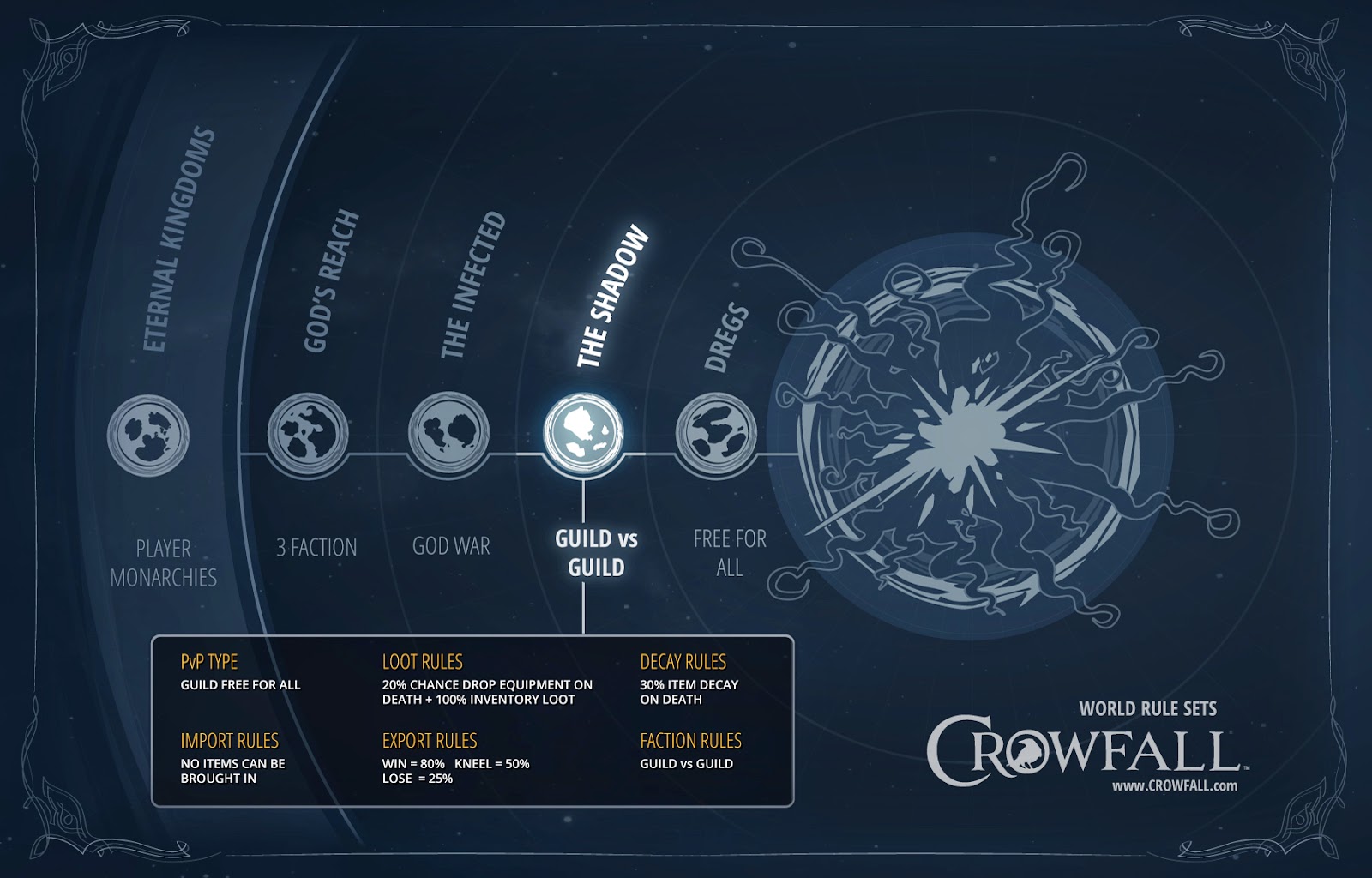 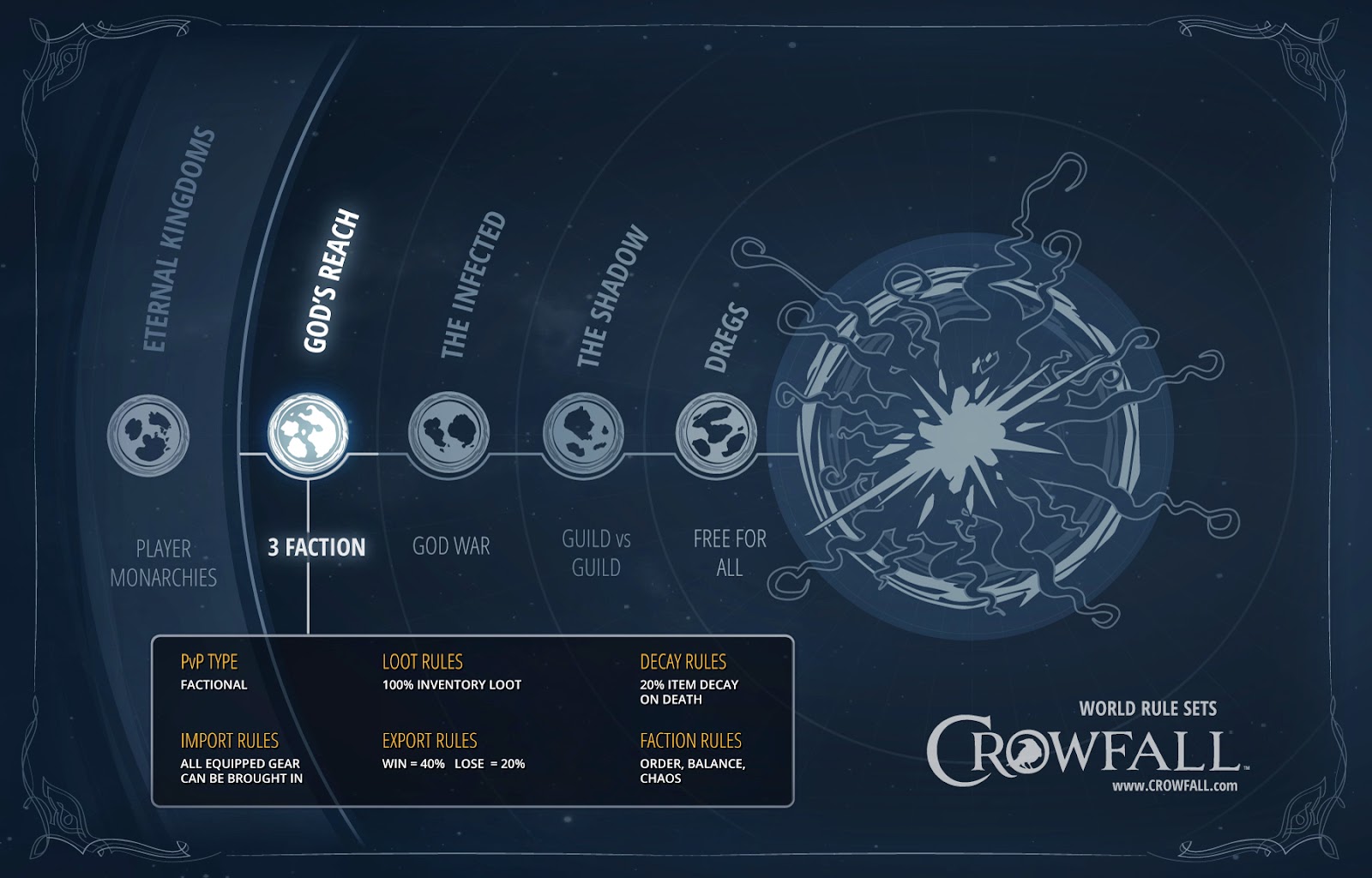 Some pretty nifty ideas. And there is a nice balance between focusing on exactly what type of game they want, while still offering some variety in rulesets. It's more about gradations of PvP. I think that might prove to be more unifying than the eternal tension between PvE and PvP.
Posted by Rohan at 10:29 PM