Crowfall released some more information today: a couple of new archetypes and some information about physics. 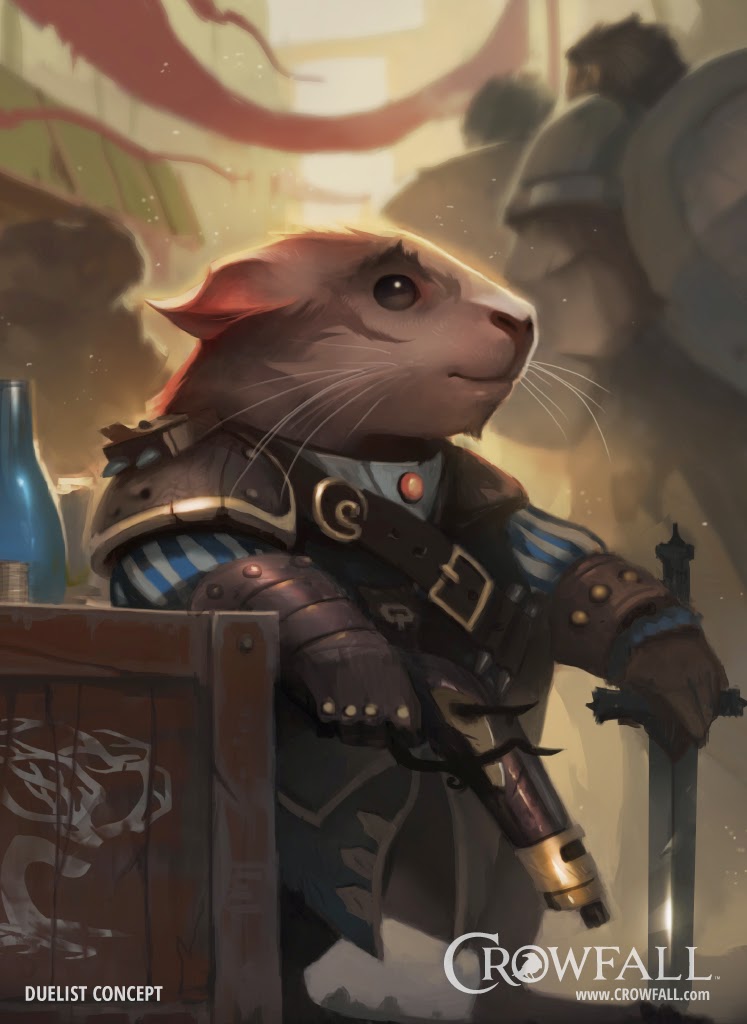 I've mentioned before that I don't like short races in most MMOs. For some reason, the trend over the last few years has been to make then nasty, evil creatures.

Crowfall unveiled their short race, the Guinecean Duelist, based on guinea pigs, it looks like. I really like the background story they gave them. It makes them almost noble, and genuinely good and fun. More like Reepicheep from Narnia, rather than goblins. This race just felt like a breath of fresh air to me. I don't normally play short races, but I might make an exception for these guys.

Crowfall also revealed that they are attempting to add real-world physics to the game model. This includes collision, as well as momentum. If they pull this off, it will be very cool. However, it will be interesting to see if they can actually pull this off in a server-based PvP game.

As well, real-world physics has a lot of potential for griefing. The physics model includes projectiles, so it includes the possibility of friendly fire. One thing I do like is that the devs have outlined a plan where they can "fall back" on different options if it turns out that friendly fire causes too much grief. This plan includes turning friendly fire off entirely as the last resort.
Posted by Rohan at 8:34 PM